A couple years ago I got the audio book to Dale Carnegie’s classic How to Win Friends and Influence People.

It was such a good lesson I went through it twice.

His idea is pretty simple – really take an interest in other people’s needs.

And while some of his tactics have been criticized as being shallow or manipulative, they have a simple commonality:

Treat everyone as if they are pursuing their own self-interest.

In other words, begin to view everyone with whom you come in contact as if they are adherents of the hidden philosophy.

Because as you already know by studying this material, everyone, at some level, is pursuing their own self-interest.

Some may be doing so forcefully, some by default and some may just think they are pursuing their own self-interest.

But the way to really get people on your side is to demonstrate to them as if you are interested in what interests them – their own good.

This may be their opinion, or family or hobbies – does it really matter?

By listening to others, especially when they are talking about themselves, you are giving them a rare gift.

And yes, because you are pursuing your own self-interest with a razor-sharp intensity, you will learn what motivates them to ultimately help you.

(A side benefit of listening to other’s self-interest is that you strengthen your own – because you are so strong in your own needs, you can practice not becoming attached or influenced by others – you can merely observe them, and let it be what it is.) 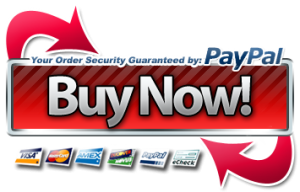